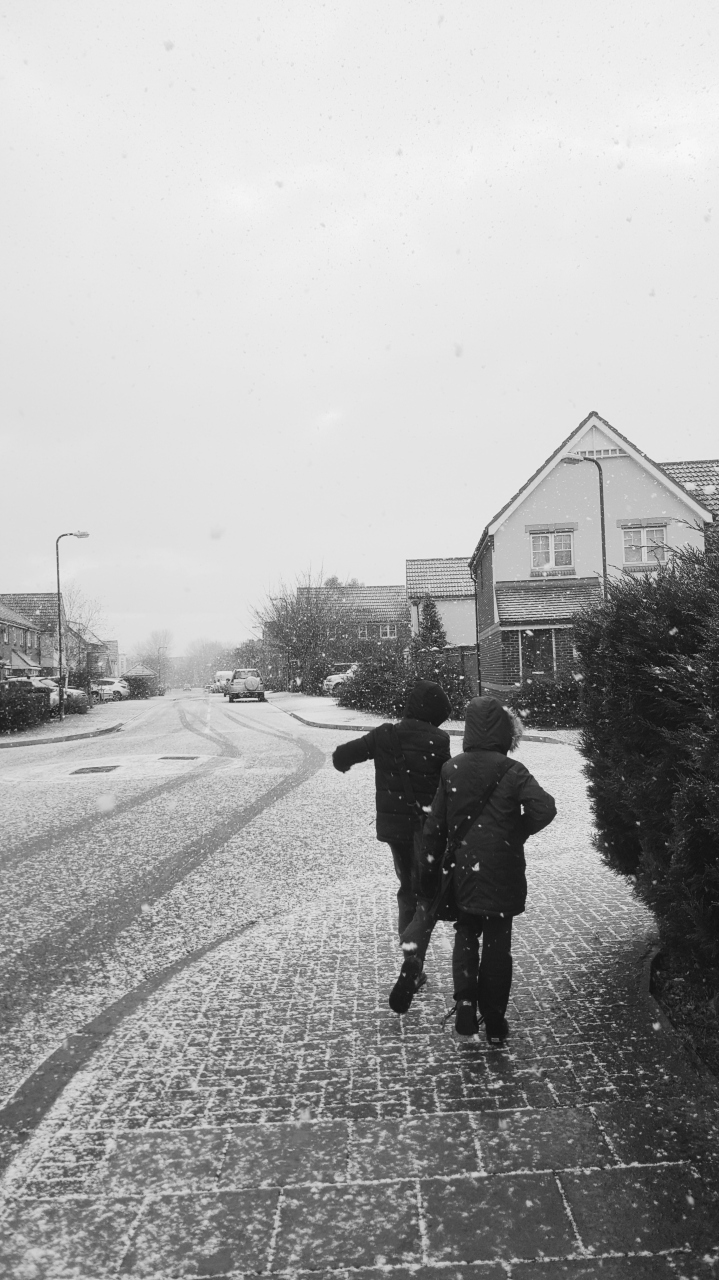 I’ve heard of adolescent emotional detachment but after thinking about it for some time, I think the phase I’m currently going through with my sons is “pre-adolescent detachment”. I suppose it’s the milder, slightly less challenging version of it. 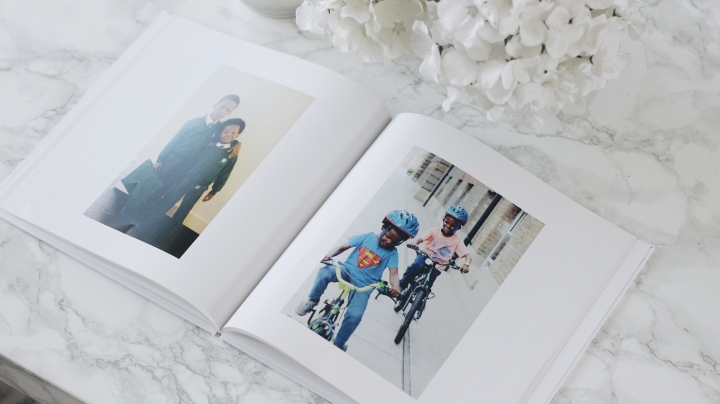 My 10-year old and 7-year old sons have reached the stage in their lives where their dependence on me is decreasing by the day. They’ve reached the age where they can do without mummy’s constant affection; where they no longer run to me for a hug or a kiss to make them feel better after they’ve hurt themselves… And despite how amazing it is to see them grow into young, independent and strong boys, that phase is hard! And I’d be lying if I said I wasn’t struggling.

It feels as if I’m having to cut the umbilical cord for the second time. Going back 10 years ago, when Kenzo was first born, the bond I developed with this tiny little being was so intense my mother-in-law actually predicted it would cause issues further down the line. This bond was strengthened further, following a brief battle with postnatal depression. And then the same thing happened when my second son Amaury made an appearance – I was just as emotionally and physically attached.

With our daughter we’re trying to take our precautions early on, and so my husband bought this book: Strong fathers, strong daughters by Meg Meeker which I’ll be reading myself.

I tried to express this as elaborately as I could in an Instagram post the other day. It said:

“In French we have this word to describe an intense bond between two people – ‘fusionnel’. When the two are inseparable and the bond is so strong, like a fusion of the two beings. The term is often used in the context of mother and child, a little bit like attachment parenting (but not quite). I’ve been thinking a lot about this word and how it perfectly describes my experience with all three of my children.

I’ve been told on more than one occasion that the bond I have with my children is ‘fusionnel’ and this can be to the detriment of my other relationships. Here’s the thing. When they’re so young you want to make the most of the time you have with them, because once they start to grow up (and I’m talking as early as pre-teenage years) kids tend to experience the world through their own eyes, become a lot less dependent on you and before you know it, there’s a bit of distance there, sometimes even indifference coming from the child. This is like a second “cutting of the cord” a lot of us parents have to go through when our kids reach a certain age. It’s an interesting process.”

I can’t begin to tell you how difficult it is for me to “let go” and let these boys grow up without me smothering and over-protecting them. So to make the process easier, I’ve created my own little system and coping mechanism to make sure my boys still know and understand that they are loved, and that I want our bond to remain strong. 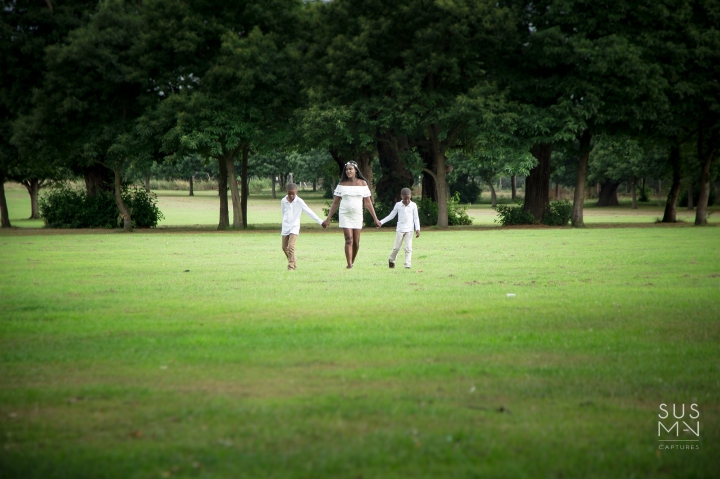 This little phrase alone holds so much power. It’s important for our children to not just hear it, but feel it too. On the way to school, as I pick them up, before they go to bed, or whenever I feel like it, the words “I love you” is something they hear every single day without fail, along with little gestures throughout the day to express this love.

2. Plenty of affection, but allowing those natural boundaries to form.

We are a loving family. We hug, we kiss – that’s pretty much what keeps us close and connected. However I think that from a certain age, kids don’t necessarily like getting their cheeks pinched, squeezed and kissed at every opportunity. The same way I’m not entirely comfortable with the idea of forcing my sons to be affectionate towards me. And so I don’t do it.

My sons are at an age where they’re old enough to consent to being shown affection, and whilst I will never withhold it from them, I do want to respect what I like to call those natural boundaries that form over time. The most important thing for me is to unsure that my kids know I’ll always be their loving cuddly mum; the affection will always be there whenever they want it, but it’s not something I ever want to force on them.

3. Having meaningful conversations on a daily basis.

Children of Generation Z that are growing up with all the latest technology tend to get lost in their video and computer games, switch off completely and forget the world around them. This is why I’ve made a point of initiating meaningful conversations with my sons, on a daily basis.

We have what I call “chit chat” sessions every day, during the school run, or over dinner, or just before bedtime… these conversations have become part of our daily lives and I don’t think I’d be able to maintain a healthy bond with my sons without them. The great thing about Kenzo and Amaury is that they are quite chatty themselves, and so we never run out of things to talk about. This is something we’ll of course continue doing with our daughter, and the importance of it has also been highlighted in the book.

4. Letting my boys be boys, but without the pressures and demands of social construct.

There is so much emphasis on teaching boys to be strong and tough, and the fact that I’m raising young black boys in London means I’m very aware of this notion and how it’s being drummed into our heads. But this rhetoric often neglects the emotional feelings that boys still experience at such a tender age. I feel I’d be doing them a disservice if I placed as much importance on this notion of ‘toughness’ as society seems to be doing.

And so it matters to me that my kids have an outlet to release their emotions, and cry it out if necessary. We often complain that our eldest son Kenzo is acting like a teenager… Is this perhaps his way of expressing his disappointments, his fears, his apprehensions, his emotions?

I guarantee you, we’ll be raising more confident and stronger human beings if we let our children express their feelings unreservedly while they’re still young. So, whilst they may need that space to grow up and gain some independence, they also need to know that we’re still there for them no matter what. We’re still there to listen and to support them through everything.

5. Ultimately, detachment is what you make of it

Detachment isn’t necessarily a bad thing. I think it’s part of most children’s journey into teenage years and then eventually adulthood. Knowing how to let go, allowing your children to discover the world for themselves and learn from their own experiences isn’t a bad thing either. Quite the opposite, I think it’s a necessity. But it can (and should) be done in a healthy way.

My sons are still young, and I’m taking things extremely slowly with them, and with a watchful eye. But I wrote this post because the struggle is very real; this isn’t an easy phase and they’re not even teenagers yet. I can only imagine what it’ll be like when they go through actual adolescence! I guess I needed to let this out, in the hope that some of you parents to kids that age will also relate. If you do, please let me know in the comments below. 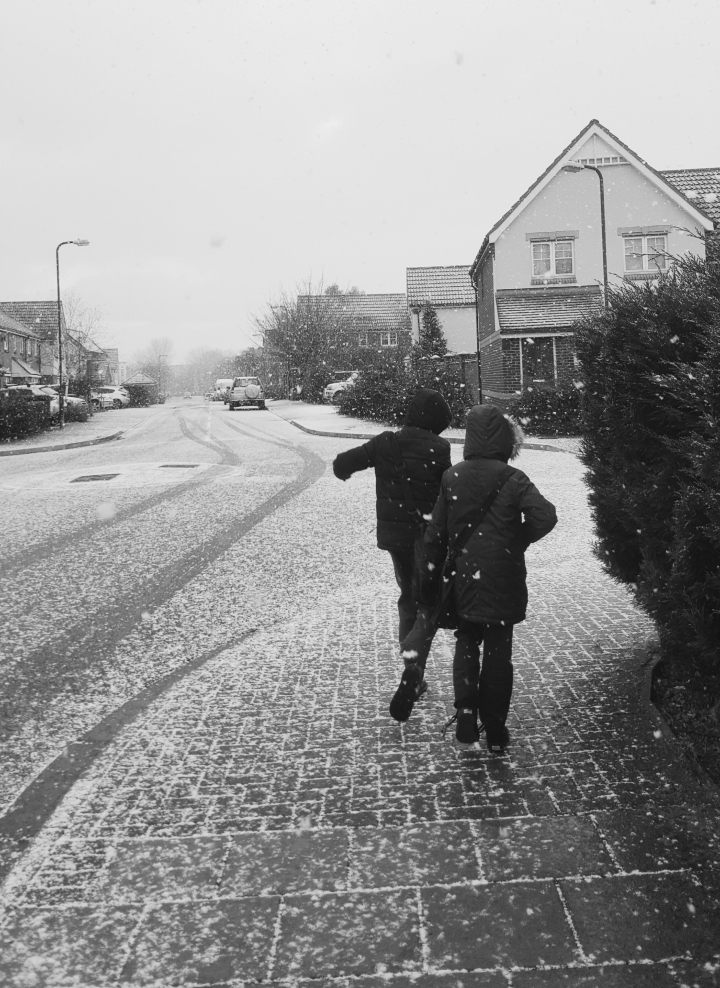 What are your thoughts on this post? Cancel reply

This site uses Akismet to reduce spam. Learn how your comment data is processed. 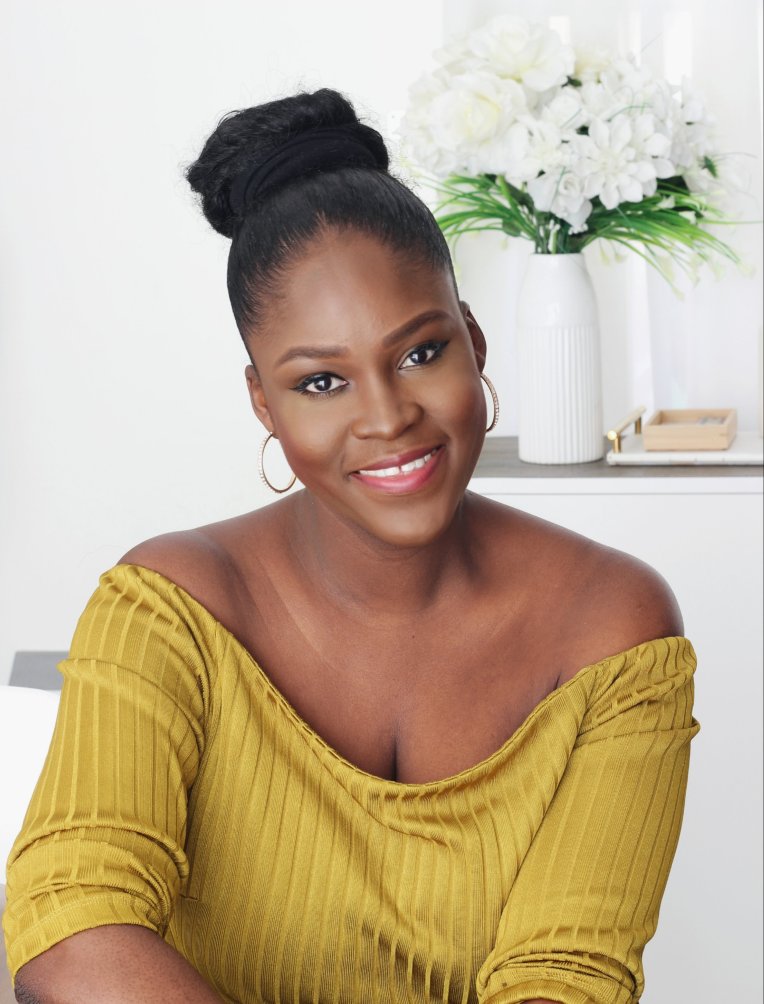 I’m Waïki! I’m a lifestyle blogger living in London. I write about my love for interior decorating, my life as a mum to three children navigating family, marriage, career and my passions. Join me as I explore these different areas of life, the ups, the downs, the beautiful and the ugly!

If the last 17 years have taught me anything about myself it's the way my ability to receive love and affection has evolved over the years. I've never spoken about this but the truth is I had to be moulded into a person who can receive and embrace this type of love. ⁣
7 days, 7 dinners. What my family and I ate this week. 🤍
Happy Sunday! ☝🏾 Each of these points is expanded and explained in detail on my blog - check it out if you're interested (link in bio) www.alawaiki.com 🤍
Avocado, bacon and fried egg on homemade rustic bread remains one of the best brunch combos ever known to mankind. Don't argue with me. Happy Saturday!
Vases and wooden bowl: @primark.home

Translate this blog in: